The semi reveal the acute problems of malfunctioning Planning Office

Fixed structural, organizational, operational, and legal problems of City Planning Office, highlights these days crowding and Inconveniences experienced engineers and citizens who come to lodge applications for semi-open spaces. This underlines the chairman of TCG Chris Spirtzis noting that the problems will increase with the implementation of "Kallikrates" as the Town Planning Office in the country will be doubled! According to the law for the new Structure of Government in our country, each municipality will should now be available to Planning Office: hence the current 162 Urban Offices to be 325. And that, as stated by Mr. Spirtzis when existing - mainly those belonging to municipalities - are facing huge problems with staff shortages, particularly of scientists, very low level of organization, flexibility and weakness about total lack of computerization. And also a complex and labyrinthine legislation, involving workers and traders in the City Planning Office. Essentially, these problems highlight the general problems of public administration, state characteristics. It is telling, says Chairman of TCG, that the City Planning Office
these days can not cope with the volume of applications for semi-open areas, while essential, because the dramatic reduction of applications for new building permits, the project has minimized. As regards applications for semi-open spaces as Monday (22/11) in number across the country had reached the 216,615, the bulk have been deposited in Attica. It is characteristic that while in space 21 / 5 to 6/9/2010 (the first day of the measure) had only 3,515 filed claims in the period from 9 / 6 to 20/9/2010 deposited at a rate of 26 to about 1,800 to days, in recent days, the daily volume has more than doubled, reaching up to 4,583 applications in a single day, thus creating problems of overcrowding in Urban Agencies! In order to mitigate these, Mr. Spirtzis epimikynsi suggests the timing of applications simultaneously, however, and lengthening the payback of the LAP-off fee to be allowed to submit applications and those who refrain from doing so because face - in the given economic conditions - problems in their family budget. It also recommends simplification of procedures to meet the staff of the Planning Office to receive the volume of applications and serve faster engineers and polites.O president of TCG sets while the need for direct promotion of "Identity Building", which, moreover, required by law to take effect January 1, 2011. For the measure, as pointed out, the issue of Presidential Order, as also and provide the necessary printed materials (fact sheet, checklist, etc.), which - according to information the tee - not promoted. It is worth noting that in the TEE, the effective monitoring of applications for semi will become possible only with the creation of "Building Identity", which includes the energy audit, which - by law - must be implemented by 9/1/2011 to any transfer of property. Finally, Mr. Spirtzis once again raises the issue of simplification of procedures
issuance of building permits, light, even applying the "Kallikrates" and doubling the Planning Offices of the country, while asking to stop the Engineer processors appear as procedural work and exercise in their scientific role, which suits them and for study and need the country to address urban and housing problems. 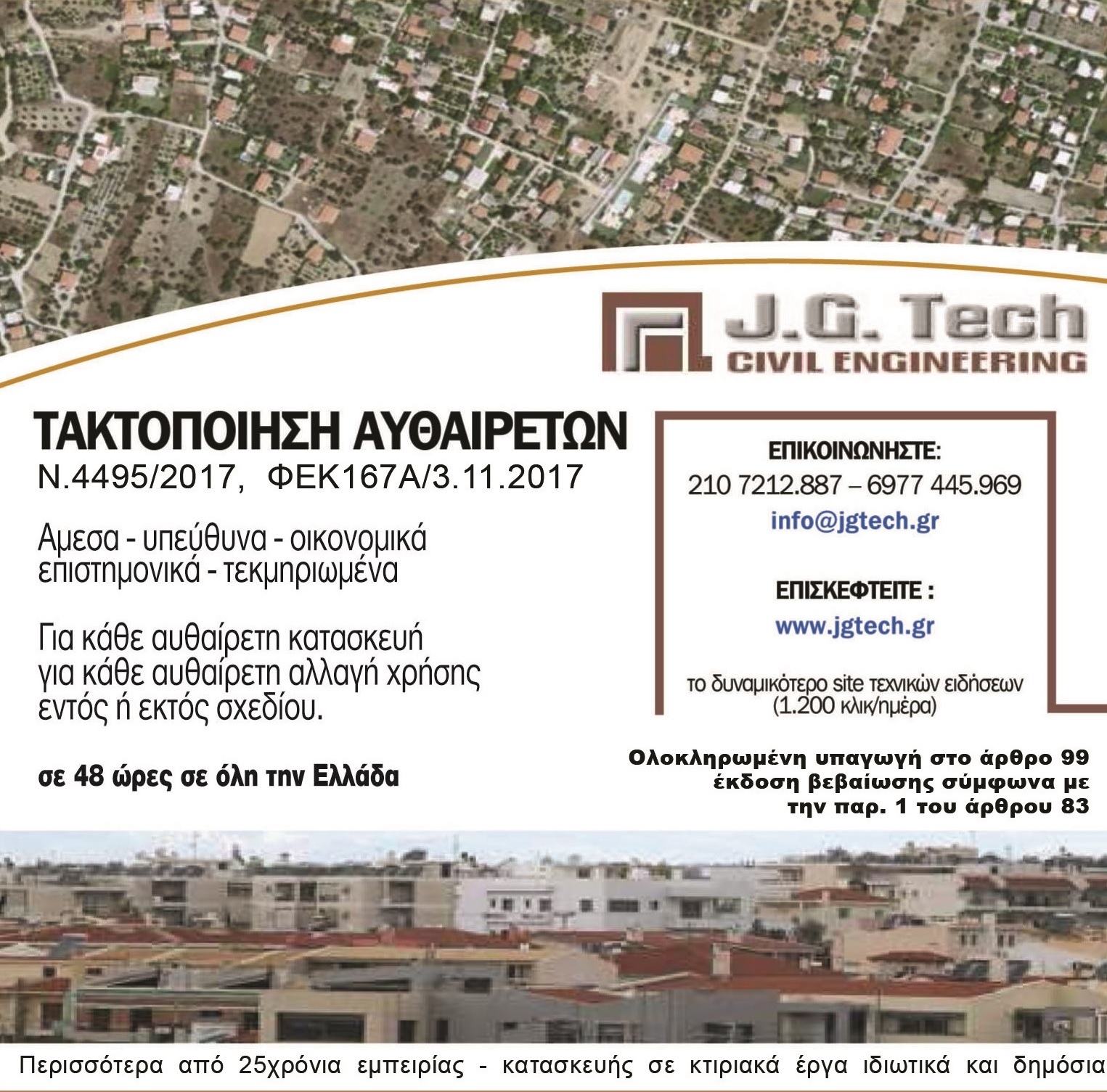